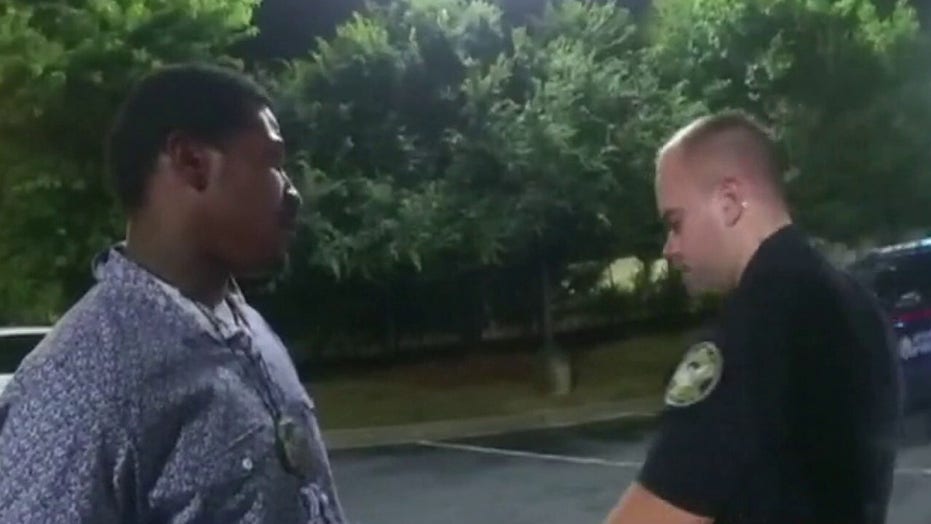 One of the two Atlanta police officers involved in the shooting death of Rayshard Brooks turned himself over to authorities on Thursday.

Former officer Devin Brosnan was booked into the Fulton County Jail and is facing three charges, including aggravated assault, in connection with the fatal shooting on June 13. Prosecutors say Brosnan stood on Brooks’ shoulder as he struggled for life. 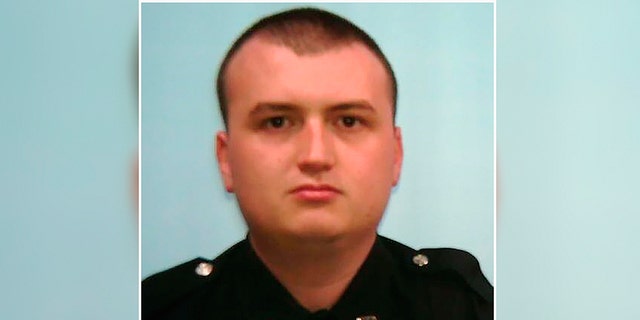 Fulton District Attorney Paul Howard announced the charges against Brosnan on Wednesday during a press conference. Meanwhile, another former officer for the Atlanta Police Department, Garrett Rolfe, who is the accused shooter, is facing 11 charges including felony murder. Rolfe has until 6 p.m. Thursday to turn himself in.

Brooks was shot Friday night as he attempted to flee Rolfe and Brosnan, who had attempted to arrest Brooks after he failed a sobriety test.

BONGINO BLASTS DA OVER MURDER CHARGE IN RAYSHARD BROOKS SHOOTING: 'WHAT THEY DID WAS OUTRAGEOUS'

Officers were called to the scene after reports of a man asleep behind the wheel of his car in a Wendy’s drive-thru lane.

Video released by Atlanta police Sunday showed Brooks speaking to officers for more than 30 minutes before he failed a breathalyzer test and police began to handcuff him. 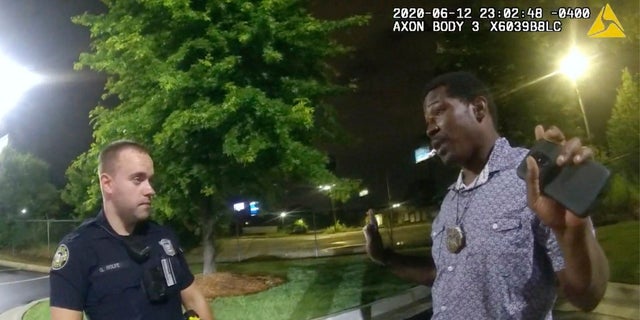 This screen grab taken from body camera video provided by the Atlanta Police Department shows Rayshard Brooks speaking with Officer Garrett Rolfe in the parking lot of a Wendy's restaurant, late Friday, June 12, 2020, in Atlanta. Rolfe has been fired following the fatal shooting of Brooks and a second officer has been placed on administrative duty. (Atlanta Police Department via AP)

Before fleeing, Brooks allegedly stole a Taser from Brosnan and attempted to fire it in Rolfe's direction as he ran.

Brosnan's attorney, Don Samuel, said in a statement after the charges were announced, that his client's "conduct Friday night was exemplary," and said that Brosnan had suffered a concussion from hitting his head on the pavement during the encounter with Brooks.

"At no time did Devin ever pull out his service weapon. He never had a chance to activate his taser," Samuel said.

Brooks' death comes as protesters around the nation are calling to defund the police and stop the use of excessive force by cops following the death of George Floyd– an unarmed black man who died in police custody after a former Minneapolis police officer kneeled on his neck for over eight minutes.

"The decision to initiate charges by the Fulton County DA’s office is irrational and obviously based on factors which should have nothing to do with the proper administration of justice. This was not a rush to judgment. This was a rush to misjudgment," Samuel said, according to reports by CBS 46.

Following the announcement of charges, Jason Segura, the president of the International Brotherhood of Police Officers Local 623, told Fox News that Atlanta officers were calling out, quitting or transferring to other jurisdictions.

He said officers were concerned over a lack of due process — Rolfe was fired immediately after the shooting, not suspended and then fired after an investigation.

Atlanta Mayor Keisha Lance Bottoms addressed the issue in an appearance on CNN Wednesday night, saying that she didn’t have an exact count of the officers who had called out.

“What I do know is that we do have enough officers to cover us through the night,” she said. “And our streets won’t be any less safe because of the number of officers who called out.”