Atlanta authorities seize 374 pounds of heroin in drug bust, trace it back to Mexican cartelclose 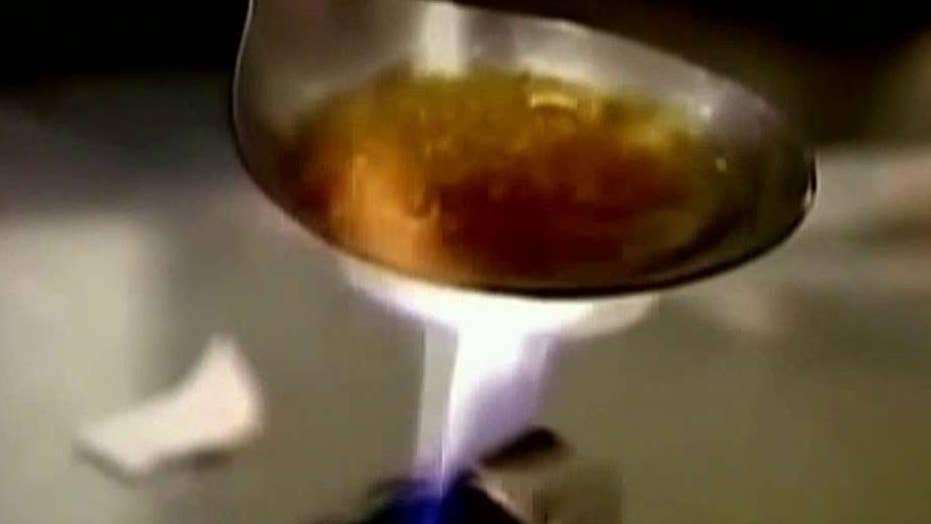 Authorities in Atlanta recently made the state's largest heroin bust in history, stopping 374 pounds of the highly addictive illegal drug from ending up on the streets.

In all, agents from the U.S. Drug Enforcement Administration seized about $8 million worth of drugs, which included 22 pounds of cocaine and 20 pounds of marijuana.

The drugs were headed for a section in northwest Atlanta known for heroin availability, Channel 2 Action News first reported.

ESTIMATES SUGGEST DRUG OVERDOSES ON THE RISE SINCE CORONAVIRUS OUTBREAK

"Nowhere even close to this amount have we seen before," DEA Atlanta special agent in charge Robert Murphy said.

He added that some of the heroin seized was "black tar," which is sticky like roofing tar and is predominantly made in Mexico and sold in the U.S. areas west of the Mississippi River. Its dark color comes from crude processing methods that leave behind impurities, according to the National Institute on Drug Abuse.

Murphy said agents are waiting on lab results to determine if some of the heroin was cut with fentanyl, which makes heroin even more lethal.

He also added that the drug bust is one of the first times the DEA has been able to track the heroin route from "The Bluff" area in Atlanta back to a specific cartel in Mexico.

In addition to the drugs, Murphy said more than $1.5 million of cash was located as a "stash house" along with 41 guns.

U.S. Attorney Bjay Pak is expected to hold a news conference later Wednesday to disclose additional details related to the bust and will likely publicly identify the suspects arrested.

RBI may go for status quo; announce other measures to boost growth

RBI may go for status quo; announce other measures to boost growth