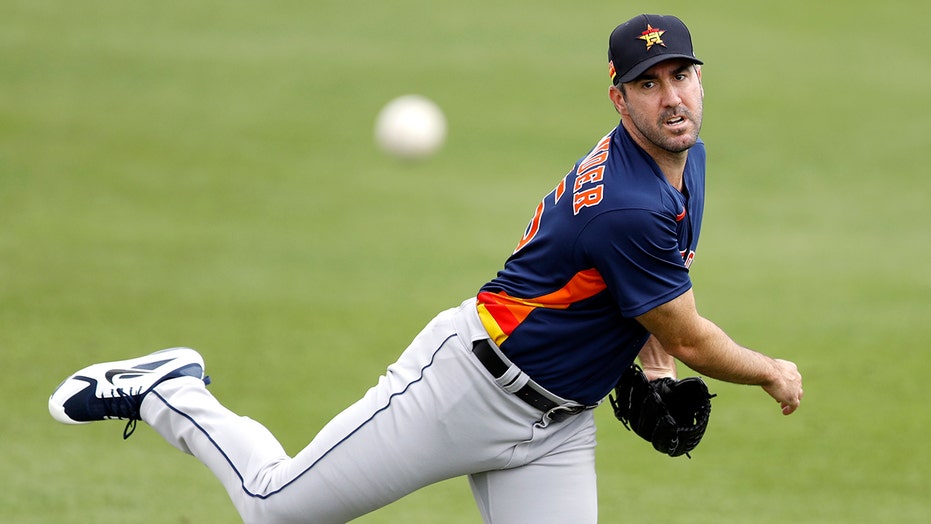 Houston manager Dusty Baker said Wednesday that Verlander, who had surgery on March 17, is “doing great" and is throwing as he continues his rehabilitation.

Verlander dealt with the problem early in spring training. His first start was delayed until March 3 because of discomfort in his right groin. He made two starts pitching 4 2/3 innings with a 3.86 ERA.

Verlander left his second start on March 8 with a mild strain of a back muscle and said at the time that it would be unlikely that he would be able to start the scheduled March 26 opener against the Los Angeles Angels.

Now that the start of the season has been delayed because of the new coronavirus, it makes it much more likely that Verlander will be ready when the season begins.

Baker is in California with his family with sports worldwide shut down because of the virus. But he has been keeping in touch with his players remotely.

“I’ve tried to call everyone not every day, not every week necessarily because … you don’t want somebody up in your face every two or three days," Baker said. “But you check on them. You see how they’re doing. You see their mental state is. You see if they’re working out."

Baker said he isn't worried about when the season will begin because he doesn't fret about things that are out of his control. But he is anxious to get going.

“I’m praying that they solve this problem," he said. “Hopefully before summer’s end we can be back to normal, but I don’t know if it will ever be normal like it was before."