Arrest made in Missouri slaying of teenage boy 29 years ago

Arrest made in Missouri slaying of teenage boy 29 years agocloseVideo

A Missouri man is facing a first-degree murder charge in the killing of a teenage boy who was shot twice in the head and left in a drainage ditch 29 years ago.

The cold case arrest of William Niemet, 43, of Fulton, for the 1991 murder of 15-year-old Gregory Jones marked the second time he has been charged in connection with the slaying, according to a report. 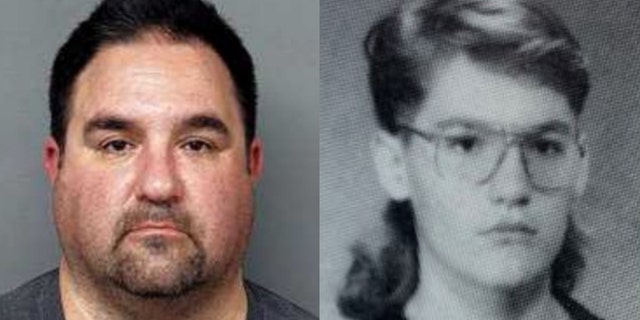 The case then was brought in juvenile court, and court documents do not say what Niemet, who was then 14, was charged with, according to the station. The case was eventually dropped and Niemet filed a federal civil rights lawsuit against the county and then-Sheriff John Hemeyer in 1997.

The lawsuit claimed the sheriff used "false information" to imprison Niemet in order to “sweat out” a confession to the murder, according to the station. The court dismissed the case, saying Niemet had not shown any proof that Hemeyer fabricated evidence against him.

At a news conference Thursday, Cole County Prosecutor Locke Thompson said that advancements in forensic technology, not available in 1991, led to Niemet’s new arrest, according to the Jefferson City News Tribune. He did not say what those advancements were.

Authorities found Gregory's body six weeks after his parents reported him missing when he failed to show up for dinner.

The paper quoted the court papers as saying that over the course of the investigation, multiple witnesses came forward claiming Niemet claimed responsibility for Gregory’s murder “with three witnesses reporting Niemet told them about the murder.”

Fox 22 reported that Niemet was also tied to another suspicious death in 2005. The victim, Shawanda Reed, was shot to death a year after purchasing a home from Niemet and another man.

Niemet collected $150,000 in life insurance after Reed died, according to the station.

The payout led to a lawsuit that said Niemet was a person of interest in the woman's killing, according to the station.

The Columbia Daily Tribune reported in 2006 that Niemet had been arrested and charged with taking out a fraudulent life insurance policy on Reed and forging documents to secure financing on her home, but that the charges were later dropped by prosecutors due to lack of evidence.

China seeks to control UN Agency that oversees intellectual property, US pushes back

Louvre Museum In Paris Shuts For The Day Amid Coronavirus Fear

Louvre Museum In Paris Shuts For The Day Amid Coronavirus Fear