Army-Navy game in December moves from Philly to West Point

Army-Navy game in December moves from Philly to West Pointclose 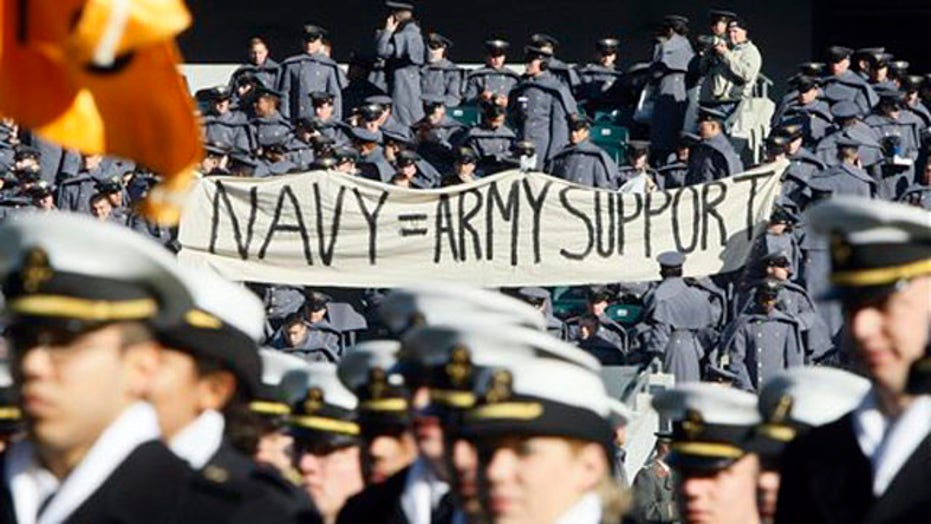 The Army–Navy football game in December has been moved from Philadelphia to West Point because of attendance limits placed on outdoor events in Pennsylvania.

By playing the game on Army's home field in New York, the entire Brigade of Midshipmen and Corps of Cadets will be able to attend.

The game is scheduled for Dec. 12. This will be the first time the Army-Navy game will be played at a home site since Army hosted the event in 1943 during World War II.

Navy athletic director Chet Gladchuk called West Point a "safe haven” for the Brigade and the Corps of Cadets at a time when “medical conditions and protocols dictate the environment in which we live.”

“History will repeat itself as we stage this cherished tradition on Academy grounds as was the case dating back to World War II," Gladchuk said Friday.

Philadelphia has long been home for the event, with few exceptions.

Army athletic director Mike Buddie thanked the city of Philadelphia, the Eagles and all those involved in the planning.

“Of utmost importance to us throughout this entire process was the health, safety and welfare of the Corps of Cadets and the Brigade of Midshipmen," he said. “We are excited about this historic opportunity.”

It is unlikely fans will be allowed at Michie Stadium beyond the Corps of Cadets and Brigade of Midshipmen.