Arkansas tornado rips through mall, empty because of coronavirus: ‘Blessing in disguise’

Arkansas tornado rips through mall, empty because of coronavirus: 'Blessing in disguise'close 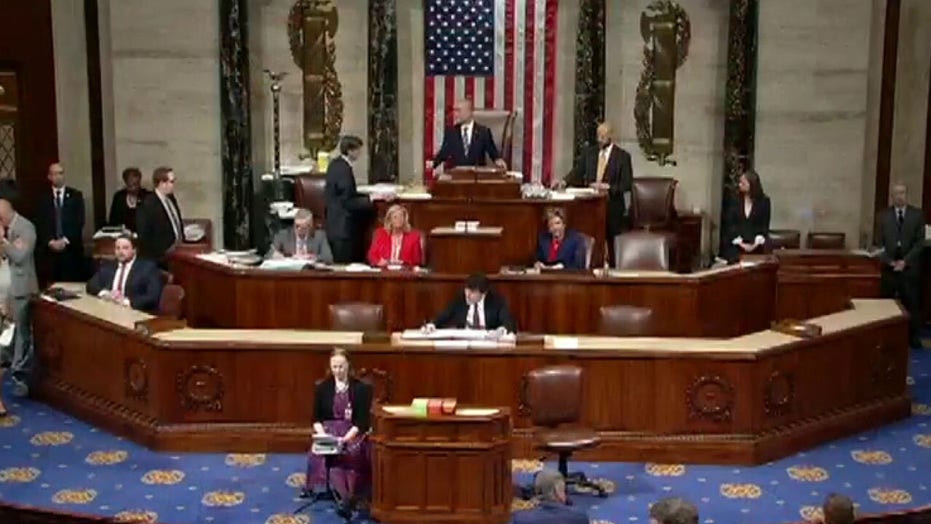 Lawmakers struggle to put politics aside in favor of humanity.

A fierce tornado tearing through Arkansas on Saturday left six people injured and caused major damage to a local shopping mall and airport.

Extensive damage occurred at the Mall at Turtle Creek in Jonesboro, although most stores were closed due to the coronavirus pandemic. A Best Buy store was rendered nearly unrecognizable.

“At 5 o’clock on a Saturday afternoon that place would've been packed, and at this point there was hardly anyone in there,” Jonesboro E-911 Director Jeff Presley said. “It’s a blessing in disguise.”

Those hurt in the college city of roughly 75,000 people — about 130 miles northeast of Little Rock — were taken to the hospital with minor injuries, Presley said. The National Weather Service issued tornado warning around 4:47 p.m. local time and the twister touched down just after 5 p.m., per the Washington Post.

Photos of a destroyed hangar and a graveyard of planes were also captured at the Jonesboro Municipal Airport.

One resident recorded video from inside his phone shop of the massive tornado tossing debris around like it was nothing.

U.S. Rep. Rick Crawford, D-Ark., described the effects of the twister and called for support for the community.

"In the midst of everything, a tornado just went through the heart of town," Crawford added. "None of my staff have been hurt and my family are okay. Unsure of others – please pray for first responders now being dispatched."

A livestream by KAIT-TV in Jonesboro showed extensive damage to some of the city's businesses. Arkansas State University said on Twitter that its campus wasn't damaged.

Power was out in sections of the city and some of the wreckage tossed by the tornado was seen blocking roads. Jonesboro Mayor Harold Perrin issued a 7 p.m. curfew, and authorities asked people not to drive around.

The home of Dr. Jared Burks, who has been living apart from his wife Alyssa and their son Zeke in Northeast Arkansas while he treats patients with COVID-19 was completely destroyed, per Little Rock's KATV-TV. All three family members were safe.

Forecasters with the Storm Prediction Center in Norman, Okla., warned that a severe weather outbreak was possible later Saturday for much of the central U.S.

The National Weather Service reported other possible tornadoes Saturday in Illinois and Iowa and had issued a rare "Particularly Dangerous Situation" for parts of the Midwest through Saturday night.