A school resource officer in Wynne, Arkansas, is going viral for his daily act of kindness each morning before school starts.

DeAndra Warren, a police officer in charge of protecting hundreds of students– kindergarten through high school –gets out of his patrol car while still off-duty, stands at the base of the flag pole and bows his head in prayer for the students, teachers, custodians, cafeteria workers, his wife and three daughters, and the nation.

Warren's 21-year-old daughter, De'Andria, told Fox News she shared the powerful image on her Facebook page Saturday to highlight that not all officers are the same and that there are good people in the world, especially her dad.

"It means a lot to me because his passion and love for the students is hard to explain," she said. "His actions show it all. Every student is like another son or daughter to him because he treats them as his own child." 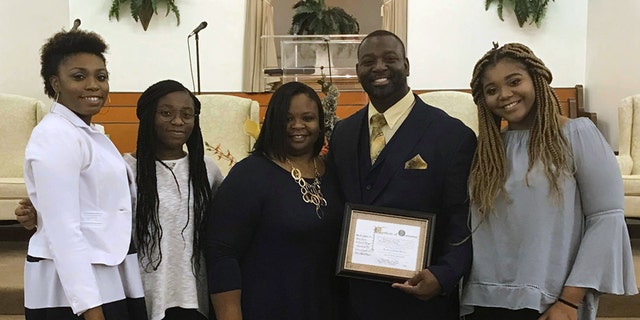 "He will go far and beyond to make sure any of the kids are happy and felt loved," his daughter added. "He is truly an angel from heaven sent just to do God’s work!"

FIRST DAY OF SCHOOL PHOTO OF SIBLINGS PRAYING GOES VIRAL: 'WE PRAY FOR EVERYONE'

Warren, who has been a seven-year member of the Wynne Police Department, attends Tabernacle of Faith New Testament Church, where he also is a minister and plays the drums. 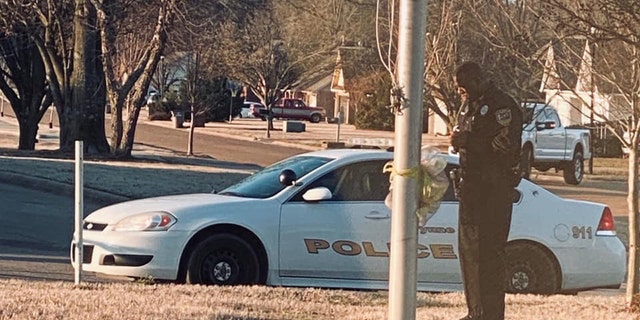 "I feel led by the Spirit of God to pray for our students and all staff in our school district," he told KTHV.

He started praying at the pole in 2015, inspired by the Bible verse, 2 Chronicles 7:14, "If my people, which are called by name, humble themselves, and pray, and seek my face, and turn from their wicked ways; then will I hear from heaven, and will heal their land.”

Warren says he ants to continue to show the positive side of law enforcement, especially for the next generation.

Tennessee tornado victims include ‘beautiful family’ of 3, couple in their 80’s

Tennessee tornado victims include 'beautiful family' of 3, couple in their 80's