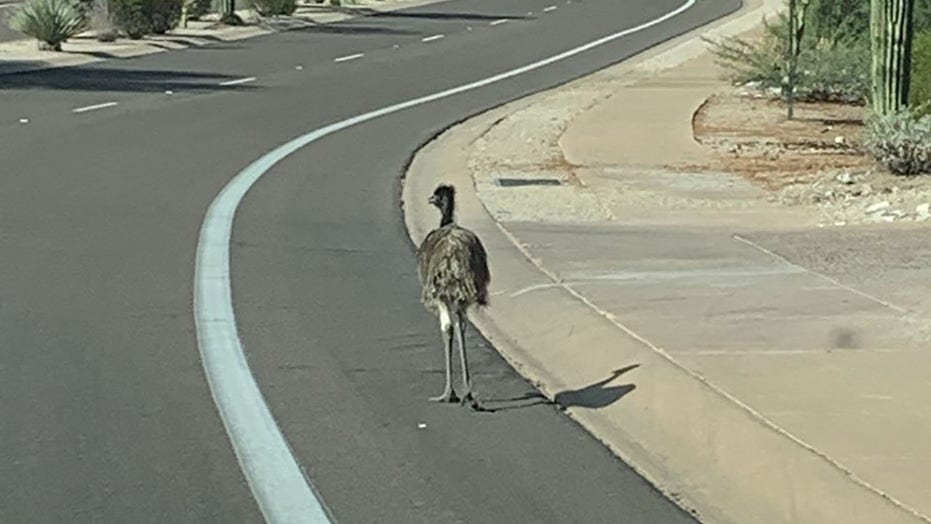 Arizona police are looking for the owner of an escaped emu after one of the world’s largest birds was found wandering near a Scottsdale golf course Tuesday morning.

Scottdale police said officers responded to calls of an emu roaming near Legend Trail Parkway and Roadrunner Drive. A photo shows the bird strolling along a bike lane.

Officers tracked the emu to a nearby golf course, FOX10 Phoenix reported. Police told the station that residents helped to pacify the emu with birdseed long enough for them to lasso the escapee.

"As he was sitting there eating, they come in with the lasso and get it over him,” Sgt. Matt Pearson told the station. “He stood right up and they walked him out and right into the trailer.”

The police department is housing the bird at the station until they locate its owner.

Arizona has seen its share of lost emus recently. In May, the Arizona Department of Transportation found an emu wandering near a highway.

Last year, Phoenix police responded to “a large bird loose in the area,” wrangling and returning an emu to its owner in Scottsdale, the Arizona Republic reported.