Antonio Brown nearing deal with Buccaneers after being out of NFL over year: report

Antonio Brown nearing deal with Buccaneers after being out of NFL over year: reportclose 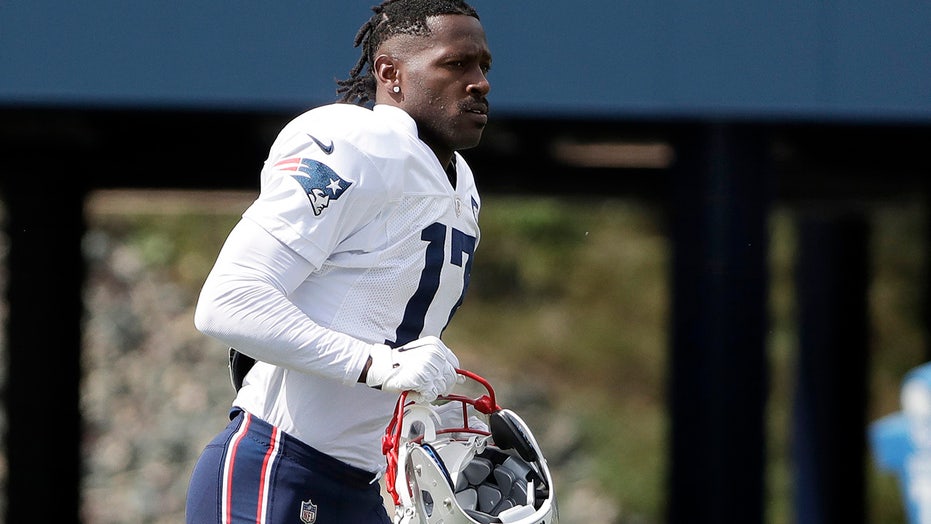 Most of the NFL’s best free agents of landed deals, but there are still plenty of intriguing options. Here’s seven of the best available as of Monday.

Antonio Brown may have found a home.

The beleaguered wide receiver is reportedly set to join the Tampa Bay Buccaneers and partner again with Tom Brady – more than a year after the two were together on the New England Patriots.

ESPN reported Friday that Brown and the Buccaneers have agreed to a one-year deal and that contract language still has to be finalized and COVID-19 safety protocols still have to be passed. If everything works out, Brown will be able to play in Week 9 when Tampa Bay plays the New Orleans Saints.

Tampa Bay has yet to officially announce the signing.

Brady was reportedly behind the Buccaneers’ interest in the wide receiver. The Seattle Seahawks have long been interested in Brown. Russell Wilson has gone as far as to campaign for Brown to join him and the two were spotted working out with each other during the offseason.

But for now, it looks like Brady and Brown will be playing together once again.

The former Patriots receiver was suspended in the summer after a ton of legal trouble since the 2019 season. Brown was accused of rape and sexual assault and then was arrested in Florida in January.

As part of his punishment over the arrest, he received two years of probation for an incident in January involving a moving truck driver. In addition to two years of probation, Brown was ordered to undergo a psychological evaluation and follow-up treatment, attend an anger management course, perform 100 hours of community service, and follow a stay-away order from the truck driver and the moving company owner.

In the midst of the controversy, Brown has announced that he will be retiring twice. He released several rap songs and worked out with several NFL players.