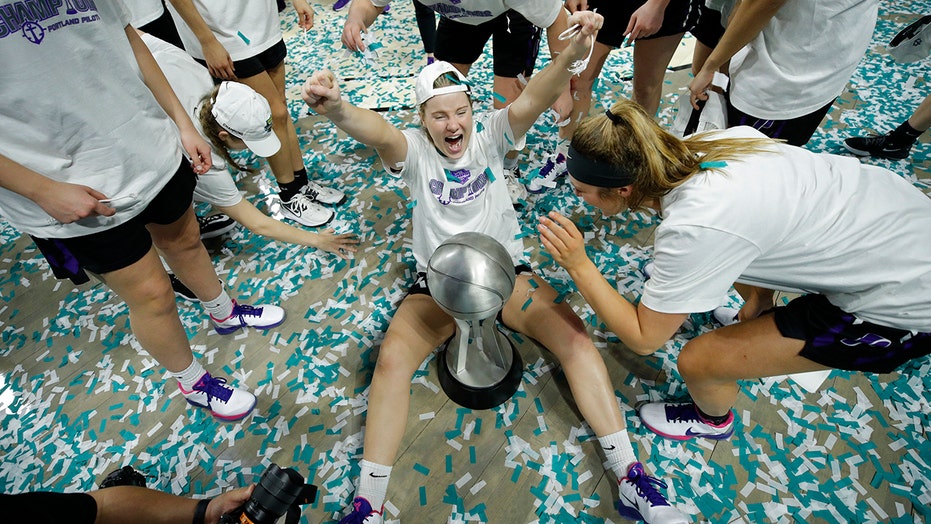 Haylee Andrews scored 18 points, including her second-straight game-winner in the final minute, and Portland captured the West Coast Conference automatic bid to the NCAA Tournament for the first time in more than two decades with a 64-63 overtime win over San Diego on Tuesday.

Andrews, whose floater in the lane with 3.6 seconds left gave the fourth-seeded Pilots a 70-69 semifinal win over top-seeded Gonzaga on Monday, didn't need quite the same dramatics against the second-seeded Toreros.

Andrews' layup came with 58.3 seconds left after both teams committed offensive fouls following Jordyn Edwards' go-ahead, shot-clock-beating 3-pointer from the top of the key with 1:27 remaining. There were only three 3-pointers in the game.

San Diego turned the ball over after Andrews' basket. The Pilots ran the clock down before Andrews missed another shot inside. Teammate Alex Fowler grabbed the rebound and passed the ball to Andrews, whose foot was out of bounds for the 45th turnover of the game.

With 11 seconds left, San Diego got the ball upcourt and kept it in a tie-up with 3.2 seconds to play. Erica Martinsen got a good look at a 3-pointer from the right wing that bounced off the rim as time ran out.

Fowler scored 21 points and grabbed 10 rebounds for the Pilots (21-11), whose only other WCC tourney title came in 1994. Maddie Muhlheim added 10 points and Andrews had seven rebounds and six assists.

San Diego (20-11), which won the regular-season meetings by 19 and four points, was led by Leticia Soares with 16 points and 11 rebounds. Edwards scored 13 points with seven assists and Myah Pace had 12 points.

In the frantic last seconds of regulation, Myah Pace bulled into the lane and banked in an eight-foot shot with 10.5 seconds left but Andrews answered with a short hook shot in the lane at 4.5.

San Diego used a timeout for the final play but when Pace picked up an offensive foul after getting the inbound pass, Portland did not get a shot off in the final 2.8 seconds.

First-year coach Michael Meek is taking Portland to its fifth NCAA Tournament. The Pilots had a four-year run, ending in 1997, although the last three teams made it with at-large bids after losing the WCC title game to San Francisco.