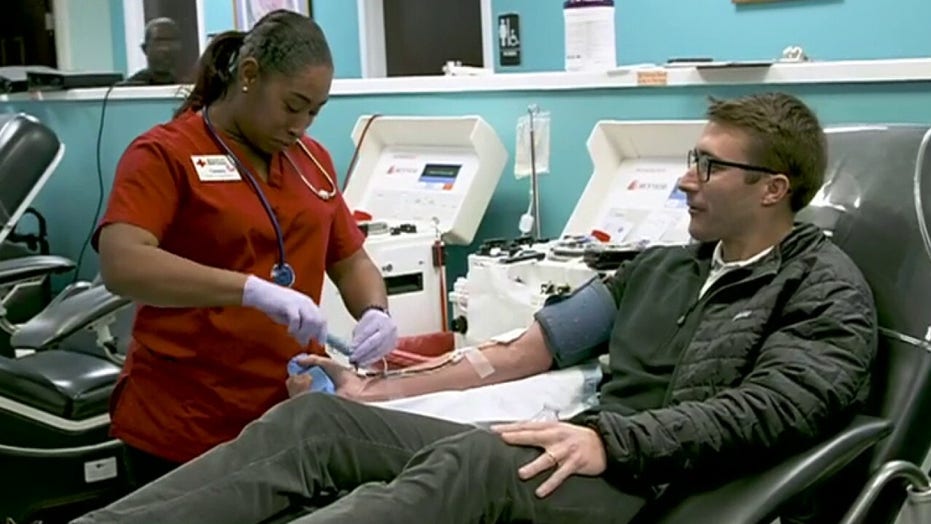 Over 4,000 blood drives have been canceled; Bryan Llenas reports.

“We've had 2,700 blood drives canceled so far and that equates to about 86,000 units of blood,” McGovern said, about the impact of the Covid-19 outbreak in the United States. The American Red Cross announced that nationally, it is facing a “severe blood shortage” as a result of an “unprecedented number of blood drive cancellations during this coronavirus outbreak.”

The organization said that donors are needed urgently, and they are urging healthy and eligible donors to make an appointment by visiting RedCrossBlood.org, or calling 1-800-RED-CROSS.

Those potential donors who have traveled to China, Hong Kong, Macau, Italy, Iran, and South Korea are asked to delay their donation for 28 days, as well as anyone who has been confirmed to have COVID-19, or been in contact with a suspected case of the virus. 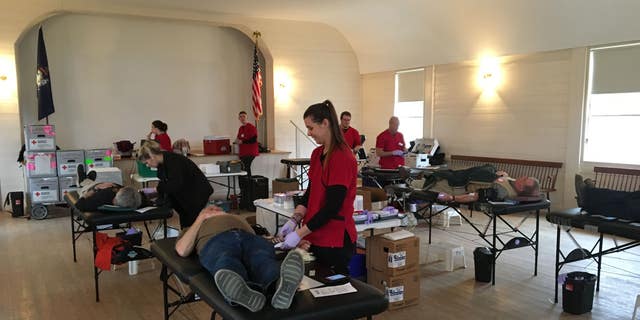 Donors give blood in Boothsbay, Maine at the American Red Cross donation drive

Throughout the week, governors across the country have echoed the concerns of the Red Cross, asking healthy residents to lend a hand and help meet the needs of their own communities.

On Thursday, U.S. Surgeon General Dr. Jerome Adams called on Americans to donate blood. “You'll be helping your country and community during this crisis and you might even save a life,” Adams said. Although social distancing guidelines are in place, he clarified that for those that are healthy, donating blood is a worthwhile reason to venture out of the house, especially with the enhanced precautions donation centers are now taking.

In Maine, Red Cross Account Manager David Stires is usually responsible for about 25 blood drives a month, but he tells Fox News that he is now scrambling to find new locations and sites for the mobile blood donations, after numerous cancellations in his region.

As one of six account managers in the state, Stires’ region covers the capital city of Augusta. Stires said that generally, area high schools have blood drives in the spring, but because local schools are either closed completely or closed to outside events, the blood drives are now canceled, too. 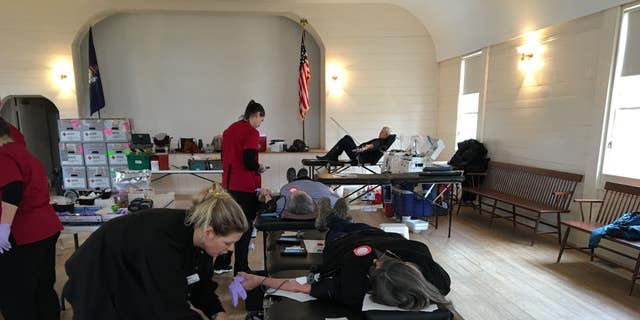 Donors give blood at an American Red Cross blood drive in Boothbay, Maine during the Coronavirus pandemic

On Thursday, he had an event arranged at the Boothbay Region YMCA but had to make other plans when it was announced that the YMCA would close, due to the coronavirus. Stires was able to quickly make a new game plan, to facilitate the more than 30 appointments with regular donors that had been scheduled.

The former Town Hall building was available and Stires was able to notify the donors in time. He also alerted the national Red Cross call center and website, so that interested donors could find the closest and most convenient site to their zip code.

Eve Jamieson, a resident of Boothbay, spoke with Fox News just after she donated blood on Thursday. She calls herself a "frequent flier" – a regular blood donor who was inspired as a small child, accompanying her mother as she donated blood. Jamieson herself started donating in college, and now brings her own children with her, when she donates blood. They like the cookies, she explained. 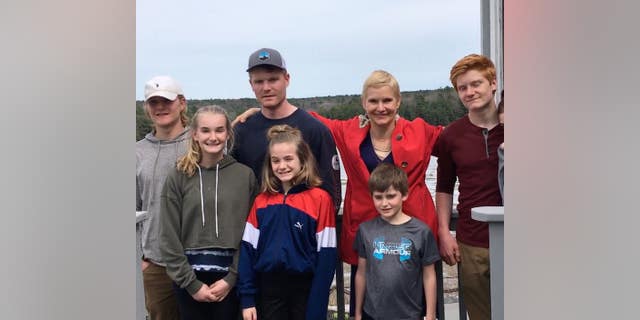 "I see it as a civic duty much like voting," Jamieson said, "something everyone should do."

She was initially somewhat concerned about coming out to donate blood, but said she was reminded of her mother's saying, "the more you give the more you get."

"I highly encourage everyone to do it as often as possible," Jamieson said. "Within 2 hours, I potentially saved 5 people's lives, and all I did was lie down and then get cookies. There's no reason not to do it."

Of her six children, she said that the older two have already donated blood since the pandemic began in the U.S. Both Jamieson and Stires pointed out blood donors with type O-, often called the "universal donor," are in the highest demand. The O- blood allows for nurses, in a trauma or emergency situation, to supply blood to a patient with any blood type.

Extra precautions were taken, according to Stires, to protect both the Red Cross staff in red scrubs who take the blood, and the donors who give. In addition to the usual juice and cookies, temperatures will be taken and sanitizer was plentiful. Jamieson said her temperature was taken twice, and the seats in the waiting room were spaced apart, as well.

The blood drive was able to collect donations from 33 donors on Thursday in Boothbay, collecting about 31 units of blood, which equates to roughly 31 pints. The group said their goal, based on the past three blood drives in town, was 29 units, beating their goal even under challenging circumstances. Stires said they had to prioritize the pre-booked appointments, and took as many walk-ins as possible, but had to turn a few away. 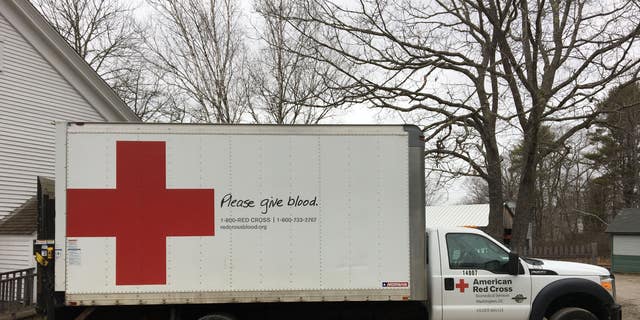 Jamieson strongly recommended that other donors "use the Red Cross Donor App to save time and make their appointment ahead of time, as opposed to walking in." She also suggested that donors wear "warm, loose comfortable layers" because she said the blankets the Red Cross usually has are not permitted during the pandemic, due to sanitary concerns.

“The need is constant,” Stires, a former phlebotomist, lamented. “Car crashes, at-risk pregnancies and cancer don’t stop because of the coronavirus.”

The current supply is not the only issue. Stires is also concerned about the persistent need.

“Red blood cells only last 42 days in a refrigerator, there’s a constant need for blood,” he added.“Cancer patients need platelets to help them fight, and they only last 5 days.”