MOSCOW (AP) — A Russian court sentenced an American to 16 years in prison on spying charges, a sentence he rejected as political.
The Moscow City Court on Monday read out the conviction of Paul Whelan on charges of espionage and sentenced him to 16 years in a maximum security prison colony.
Whelan has insisted on his innocence, saying he was set up. The U.S. Embassy has denounced Whelan's trial as unfair, pointing that no evidence has been provided. 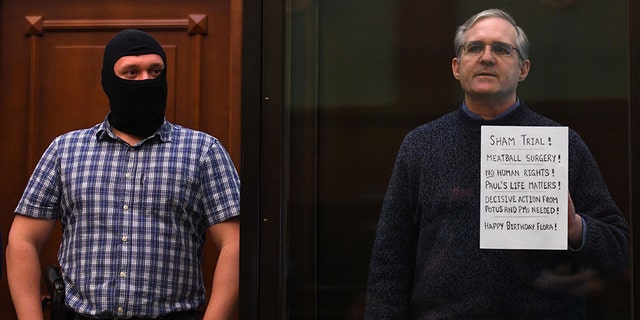 Paul Whelan, a former US marine accused of espionage and arrested in Russia in December 2018, stands inside a defendants' cage as he waits to hear his verdict in Moscow on June 15, 2020. (Photo by Kirill KUDRYAVTSEV / AFP) (Photo by KIRILL KUDRYAVTSEV/AFP via Getty Images)

Whelan's brother David said lawyers will appeal the verdict that he denounced as political, adding in a statement that "the court's decision merely completes the final piece of this broken judicial process."
CLICK HERE FOR THE FOX NEWS APP
"We had hoped that the court might show some independence but, in the end, Russian judges are political, not legal, entities," the statement said. "We look to the U.S. government to immediately take steps to bring Paul home."

No COVID-19 lockdown being planned in Delhi, says Arvind Kejriwal