American football player flew home to US with virus

American football player flew home to US with virusclose 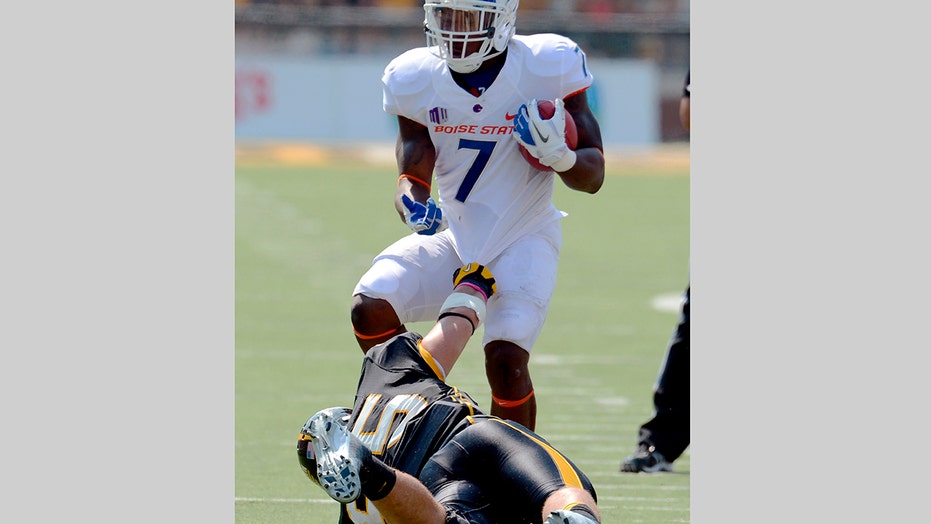 The coronavirus pandemic ended Dylan Reda’s plans to play and coach American football in the Czech Republic, and that was only the start of his problems.

Days after feeling too ill to practice, the 28-year-old Reda took flights through London, Dallas and Orlando to reunite with his family in Florida. He later tested positive for coronavirus and now owes more than $20,000 in hospital bills.

The former Southern Miss linebacker went public to warn fellow millennials, but the damage was done. He was criticized online for potentially endangering passengers, crews and airport workers.

Reda, who has recovered, said he thought he had the flu while training with the Prague Lions, and that his coach’s doctor cleared him to fly.

“I can understand the backlash,” Reda told The Associated Press in a phone interview. “If I still felt sick that day, I wouldn’t have flown home. If I had known what was going on, I would have just tried to ride it out there. Everything happened so quickly.”

After practicing in the rain on March 10, Reda developed a fever, cold sweats and body aches. One bizarre symptom was loss of taste and smell, which is now known to be associated with coronavirus. Reda said he didn’t know it at the time. He sat out most of the next day’s practice.

The WHO then declared a pandemic and President Donald Trump announced travel restrictions. Tests weren’t widely available and health officials were advising people with a cough and high fever to self-isolate for up to seven days. Flights were being canceled and the Czech Republic was implementing a mandatory quarantine.

Reda and the other foreign players decided to leave. Lions head coach and co-owner Zach Harrod called his doctor and described Reda’s symptoms. Harrod said he was told it was likely the flu and if there was no fever, Reda could take flights. Reda said the following Saturday (March 14) was his last day with symptoms.

Reda left Prague the next day on a British Airways flight to London and then took American Airlines to Dallas and finally Orlando. The 6-foot-1, 230-pound linebacker said he wore gloves, a medical mask and an elevation training mask.

“I looked like Bane, basically, from the Dark Knight. People were looking at me like I was crazy,” he said. “When I got to Dallas, they took my temperature there and I was 97.5 (Fahrenheit). They said, ‘You’re good.’”

A few days later, Reda noticed a shortness of breath and began to cough up blood. He went to the emergency room at Holmes Regional Medical Center in Melbourne. They lined up tests.

“I was sitting there panicking a little bit because I’m uninsured currently,” he said. “I don’t have a job right now. I’m not making any money. I really just came in to see if (they) could swab my nose.”

Reda pondered leaving, but doctors arrived and diagnosed pneumonia. Coronavirus was presumed — confirmed when results came back April 1 — and he was admitted. He updated the Prague Lions. Harrod informed Czech authorities and began notifying players and staff.

“Nobody else has tested positive,” Harrod said.

However, quarterback Michael Hayes told the AP that he developed symptoms the day after Reda became ill. He said he had a fever for two days, back pain and shortness of breath, but that he didn’t inform Harrod. He also described a mild cough with traces of blood in the mucus.

The 25-year-old Hayes shared an apartment with Reda and two others. The Philadelphia native played for the Lions last year and had allergies; he thought it was something similar.

“By the time I got to the airport, I wouldn’t say I was completely asymptomatic, but I was fine,” Hayes said. “I really didn’t have any aches, pains. I had a slight cough.”

Hayes traveled to New York via Madrid. Passengers were screened on arrival. He said his temperature was 97.7.

Once home, Hayes made a “virtual” appointment with his doctor, who told him that he was presumed to have had the virus “and he was going to report that I was a positive case.” Hayes said he had not been tested and that his family members haven’t become sick.

“If I knew more about it, I would have stayed in Prague,” Hayes said.

Reda said none of his family members have been sick, either. After being discharged, he self-isolated in a guest bedroom. A neighbor, however, posted a photo of Reda walking with his wife and their two young children and dog.

“I was just trying to get a little bit of fresh air,” he said.

Doctors told Reda that federal health officials would call to gather information about his flights, but he said they haven’t yet. He heard from the hospital, though. He owes more than $20,000 but hopes the government will help “because that will obviously put us in a little bit of a bind.”