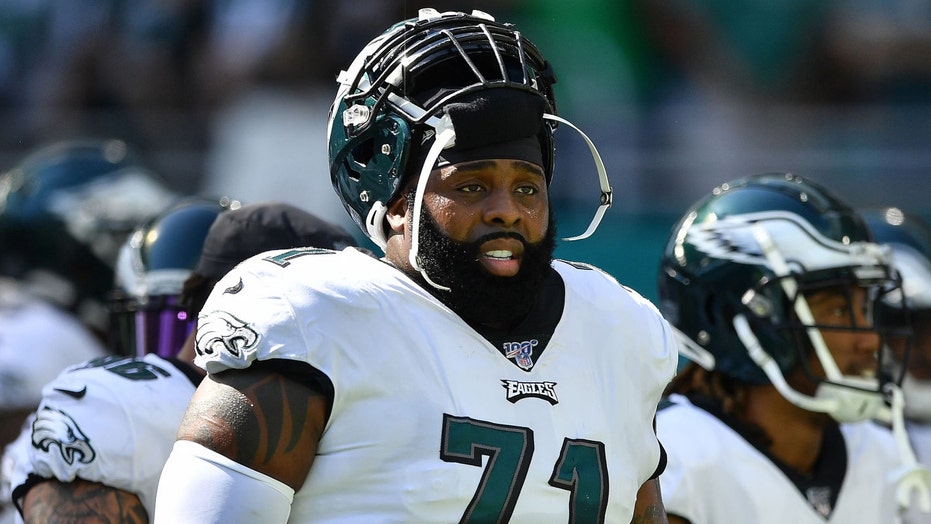 All-Pro offensive lineman Jason Peters is reportedly hoping to play into his 40s while he looks to latch onto a new team before the start of the 2020 season.

Peters spent the last 11 seasons with the Philadelphia Eagles before the team released him in the offseason. He had played five seasons with the Buffalo Bills before joining the Eagles in 2009.

Peters is 38 years old and would be one of the oldest players in football to still play. According to the NFL Network, his desire to still play is still there.

“His status is, he's 38 years old,” NFL Network reporter Mike Garafolo said Tuesday. “However, he's told friends recently, 'If Tom Brady can play into his 40s, I can play into my 40s. I feel great.' The former Eagles left tackle is still out there, sending workout videos to people, letting them know that he feels really good, he's moving really good. And the Eagles kind of knew this.”

Only six other offensive linemen in NFL history have played into their 40s, according to NBC Sports Philadelphia: John and Phil Nesser in 1921, Jeff Van Note in 1986, Jackie Slater in 1995, Bruce Matthews in 2001 and Ray Brown in 2005.

The Eagles are reportedly interested in bringing Peters back. The Cleveland Browns, New York Jets and Denver Broncos have also expressed interest, according to the NFL Network.

Peters is a nine-time Pro Bowler and has been named an All-Pro twice.