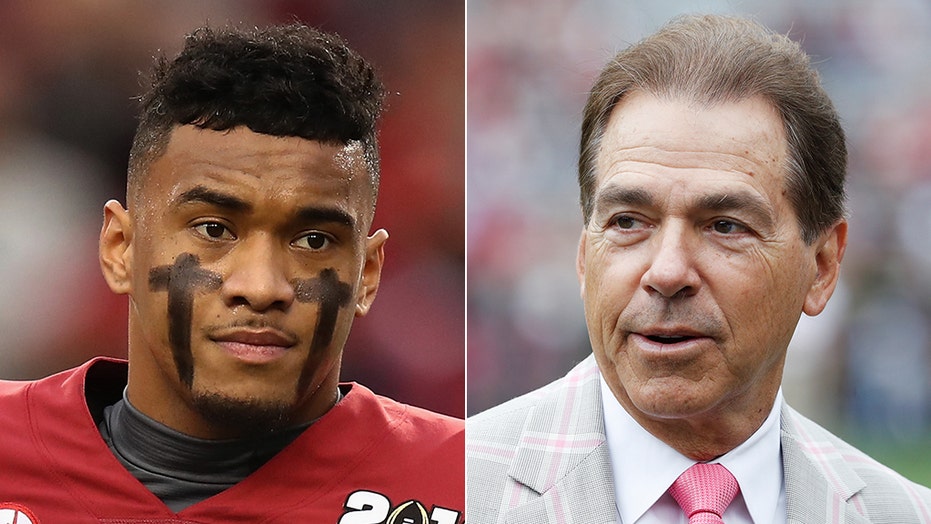 Alabama head coach Nick Saban went on Sportscenter on Monday to passed along his advice to former quarterback Tua Tagovailoa ahead of the 2020 NFL Draft.

Saban believes Tagovailoa needs to stay focused, and control the things he can only control.

“You can't control what everybody is saying, you can't control what everybody thinks. But, you can control your rehab. You can control the things that the medical staff is telling you to do day in and day out. And, you know, be smart, be upfront you,” Saban said. “The last advice that I gave him was, you know, you're not going to be able to do a medical recheck, so make sure you get rechecked and send it to all of the teams so at least they're getting that information from somebody that they have faith, trust and confidence in.

“I think he's done a good job of managing this and a good job in handling this,” Saban added. “He's worked really hard on his rehab and I do think he's in a position where he's ready to start playing football again."

Tagovailoa’s 2019 season ended early because of a dislocated hip. The quarterback, who spent three years at Alabama playing under Saban, has been working his way back to full strength, but the NFL's restrictions due to the coronavirus pandemic will not allow any team doctors from getting an in-person look at Tagovailoa.

Tagovailoa finished with 2,840 passing yards and 33 touchdowns in just nine games before his season came to an end due to the injury.

"I think Tua is going to be a great NFL QB because he's very instinctive, great hands and great touch making him a very accurate thrower," Saban said on Sportscenter. "At all levels short, intermediate and drive the ball and he can throw deep. He's athletic enough to avoid the rush and is smart enough to protect himself with his protections. As an NFL QB I think he'll do an outstanding job."

"He does not give up on a play and it's because he's a great competitor," Saban said. "You certainly don't want to inhibit that spirit in any way shape or form, but there's also a time to be smart. Both ankle injuries and the hip injury that he got this year were all because he tried to make a play when the play had broken down."

Putin’s Bleak Covid-19 Admission: ‘We Don’t Have Much to Brag About’

Putin's Bleak Covid-19 Admission: ‘We Don’t Have Much to Brag About’