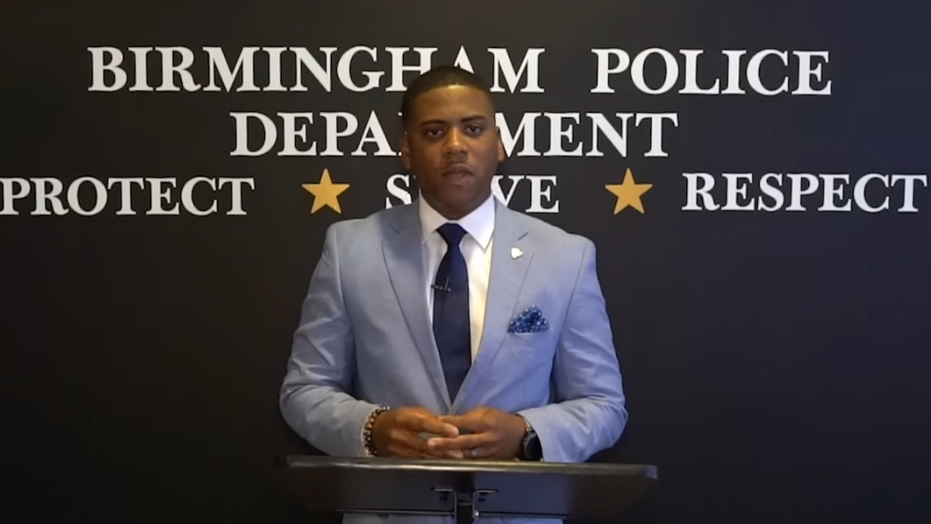 An off-duty Alabama police officer was captured on video appearing to body-slam a shopper at a Walmart store this week after she allegedly refused to wear a face mask and became disorderly, authorities said.

Video of the incident has been shared on social media. It shows the Birmingham officer handcuffing the woman then flipping her to the floor.

"We are aware of a video circulating on social media and local news outlets depicting a recent interaction between an off-duty BPD officer and an individual at the Roebuck Walmart," a Birmingham Police Department statement said. "The incident is under investigation."

On Thursday, Sgt. Rod Mauldin addressed the incident in a video statement on Facebook. He said the woman became upset when an employee told her to wear a face covering, which can prevent the potential transmission of the coronavirus to others.

Mauldin said the officer was originally alerted after he heard the unidentified woman yelling obscenities to customers and employees. He added that the woman refused to leave the store and then resisted when the officer tried to detain her.

“The officer used a take-down measure to gain control due to the other threat factors in the store,” Mauldin said.

Birmingham reportedly has a shelter-in-place order, and a requirement to wear a face covering in public, both meant to limit the spread of the virus. The department added it has not issued any citations or made any arrests in relation to the ordinances.

Mauldin said the woman faces charges of disorderly conduct, resisting arrest, third-degree criminal trespassing, possession of marijuana, and unlawful possession of a controlled substance. He added the suspect was not injured and refused medical attention.

A group of women who identified themselves as family members of the suspect said she was leaving the store when the officer used the measure.

An investigation into use-of-force was launched following the incident, Mauldin said.

Alabama has more than 9,046 confirmed coronavirus cases and at least 369 deaths from the virus as of Friday morning, according to data from Johns Hopkins University.