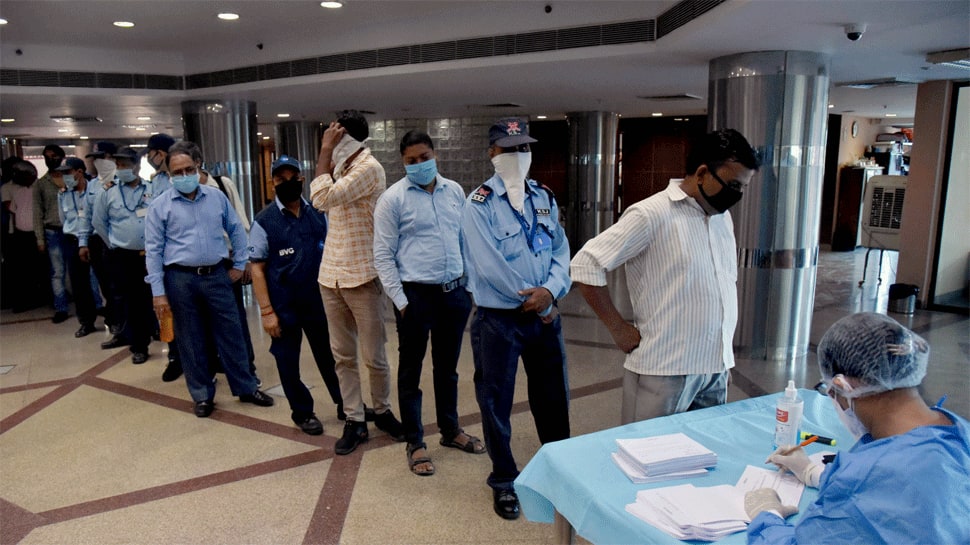 NEW DELHI: Delhi Chief Minister Arvind Kejriwal said that the coronavirus tests conducted in the national capital is highest in the world with 3,057 tests conducted here per day per million population.

Addressing the Delhi Assembly in a special session on Monday, Kejriwal said around 3,000 corona tests were conducted per million population per day in the UK, 1,388 in the US, 2,311 in Russia, and 858 in Peru while India has an average of 819 tests per million per day.

He further said that the coronavirus in Delhi has been controlled to a huge extent and this was possible only with the support of the two crore people of Delhi. He said that the Delhi model is being discussed across the world due to various measures taken by the government.

"First, we need to understand that the situation of coronavirus, was the toughest in Delhi across the country. We must keep this in mind whenever we compare the situation from other states. Coronavirus in India came from outside, India did not have any COVID-19 cases of its own. Coronavirus had a huge impact in countries such as Italy and London, and many other countries and the Indians living there asked the governments of those cities that they wanted to go back to Delhi.

"The Indian government decided to bring these people back to India by sending special flights. Delhi is the national capital of India, and so 80 per cent to 90 0per cent of all the flights landed in Delhi. Corona was a new disease then, and nobody knew about any protocol or guidelines to be followed, no quarantine, and no isolation…," Kejriwal said.

Addressing the session, he further said, "We have conducted micro-audits of the Corona cases, hospitals, and the process a patient goes through in Delhi. We conducted micro-management of all hospitals in Delhi. Today, the death rate in Delhi is 0.6 per cent, which I think is the least in all the states.

"Second, the home isolation idea was invented in Delhi for the first time across the world. We used to study the visuals and reports of all nations on the Internet across the world. We used to hear that across countries, hospitals were crowded and patients were laying on the roads, and we used to feel that if the European countries were like this, what would happen with Delhi?…"

Kejriwal also said that the work that we started in April and May, the President of the US Donald Trump allowed that on August 19, 2020.

"Around 1,965 people were given plasma in Delhi. I am happy that the people of Delhi are getting a chance to serve the people of the nation. The people from the entire nation trust the hospitals in Delhi, be it government or private. People from Rajasthan, Uttar Pradesh, Madhya Pradesh, Jharkhand, Bihar, and Punjab, and until now we have treated 5,264 people from outside Delhi," he added.

Tomato prices soar in Delhi; now being sold at Rs 70-80 per kg

Tomato prices soar in Delhi; now being sold at Rs 70-80 per kg