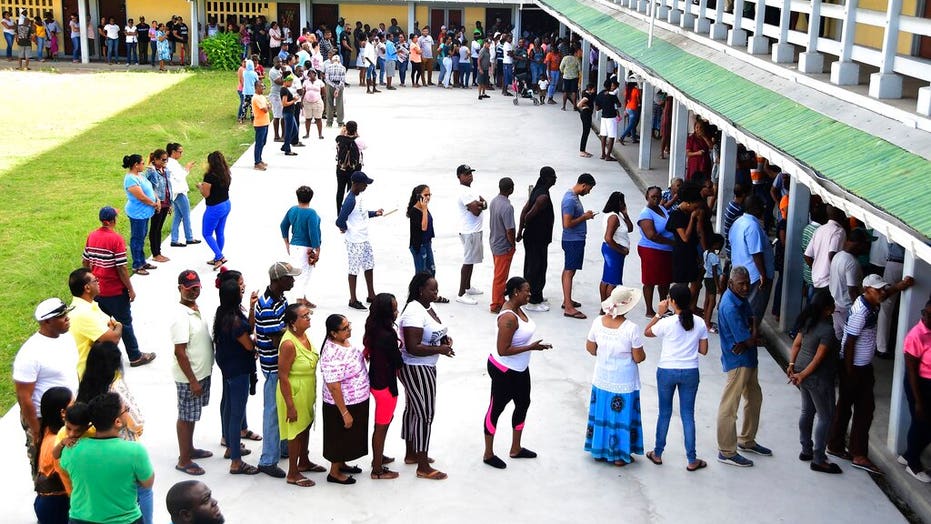 Prosperity hovered on the horizon of Guyana, a small South American country, after ExxonMobil discovered eight billion barrels of oil off its coast late last year, but a contentious election has left the expected $300 million in revenue without a sworn-in president to control it more than a week after voters cast their ballots.

Guyana Chief Justice Roxanne George began hearing the case Tuesday that will determine whether or not the country's election commission will be mandated to recount the votes of more than half of the polling stations in an area known as Region Four. Opposition leaders have decried voter fraud and incorrect tabulations inflated to tilt support in favor of the sitting President David Granger, whose supporters predominantly consist of African descendants who were brought to Guyana as slaves when it was a British colony.

Racial tensions between Granger's APNU+AFC coalition and the opposing People’s Progressive Party (PPP), supported mostly by Guyanese of East Indian descent who were brought to Guyana as indentured servants, have continued to stir, resulting in riots and violent protests, even as international entities, including the U.S. State Department, called for Granger not to assume the presidency for a consecutive term and instead wait for a voter recount.

PPP presidential candidate Irfaan Ali, a 40-year-old former housing minister who has also come under scrutiny as questions about his academic qualifications swirled, has said he is confident of victory.

"We call on President Granger to avoid a transition of government which we believe would be unconstitutional as it would be based on a vote tabulation process that lacked credibility and transparency," the U.S. said in a joint statement with the heads of the British and Canadian High Commissions. "A fair and free process is vital for the maintenance and reinforcement of democracy in Guyana."

In late February, Guyana sent its first shipment of one million barrels of oil to markets in Asia and the U.S. as part of a production-sharing agreement.

Officials say Guyana will earn $300 million as its share this year, but the figure will jump to $5 billion by 2025, when crude from a third oil field begins to flow. Foreign direct investment from oil-related activities is nearing $1 billion.

Under terms of the deal with Exxon, the nation of fewer than one million people gets a 2 percent royalty and 50 percent of sales after the consortium recovers its investment from every shipment.