Three teenagers were arrested after scaling a wall at President Trump's Mar-a-Lago resort while carrying a loaded AK-47 in a backpack, police said Wednesday. 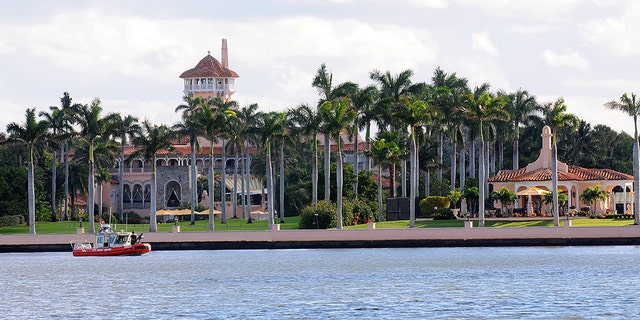 Michael Ogrodnick, the Palm Beach Police Department spokesperson, told the Miami Herald that the three were arrested shortly after entering the property.

“They had no idea where they were,” Ogrodnick told the newspaper.

The president and his family were not at the club, which is closed for the summer, according to Ogrodnick.

A spokesperson for the Palm Beach Police Department did not immediately return FOX News' request for comment.

WPTV reported that police spotted the teens parked in a silver Hyundai around midnight on Friday. When officers approached the vehicle, the driver took off toward Mar-a-Lago.

The three then jumped Mar-a-Lago's wall and hid on the resort's grounds before officers surrounded the club, and a helicopter and police dog were used to help find them.

A police spokesperson told the television station that Mar-a-Lago security found a backpack on a seawall on the property, containing a Mini Draco 7.62 caliber AK-47 with a 14-round magazine. The teens claimed they didn't own the AK-47 and had "found it." They added that they were trying to evade police and it was a coincidence that they had ended up at Trump's club.

WPTV reported that the teens, whose identities have not been released, are being held at the Juvenile Assessment Center in West Palm Beach.

According to the Herald, the teens are charged with trespassing with a firearm, burglary with a firearm and resisting arrest without violence and prosecutors are deciding whether to charge the teens as adults.