3 in Arizona arrested after death of boy, 6, who was allegedly kept in closetclose 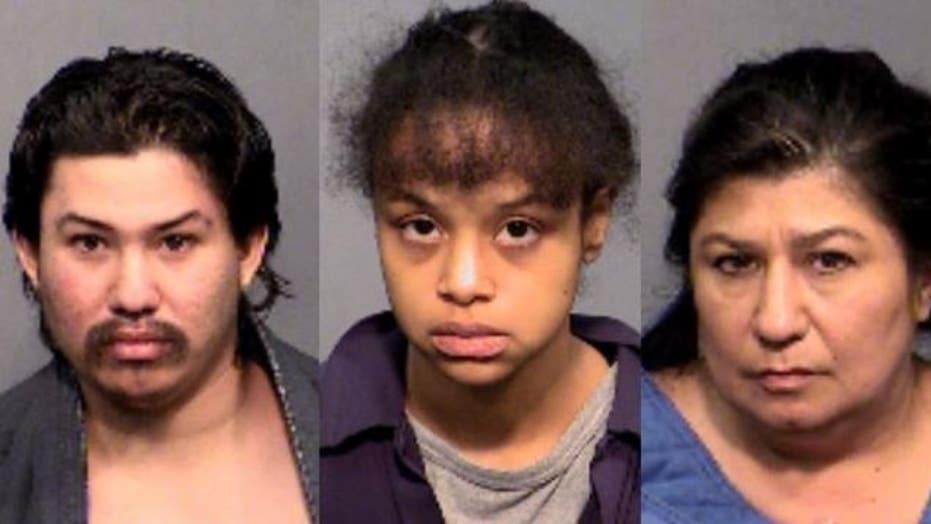 Police in Arizona arrested three people on murder charges Tuesday in connection with the death of a 6-year-old boy who had been kept in a closet for a month.

The boy and his 7-year-old brother were kept in a closet for about 16 hours daily for a month and denied food at the family’s home in Flagstaff, about two hours north of Phoenix, police said. 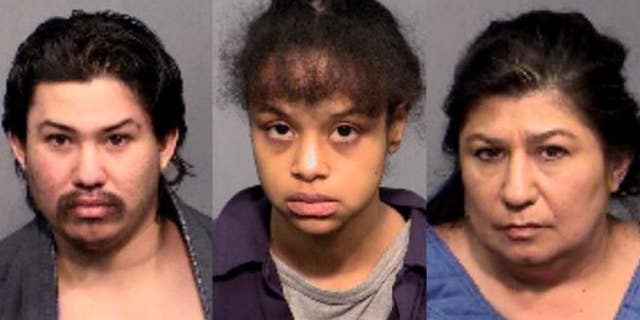 Residents near the apartment complex where the family lived said they didn’t see the family much and were devastated by the boy’s death.

“That little boy suffered. I’m not going to sleep well tonight,” said Leslie Lerma, who has lived in the neighborhood for 10 years.

The boy and his 7-year-old brother were put in a bedroom closet around 8 p.m. and not let out until noon the next day, according to court documents. Their meals lately were oatmeal around noon and a cheese sandwich four hours later but nothing else after 4 p.m., the documents state.

Officers responded to the apartment Monday after a 911 call about an unresponsive child and found the 6-year-old on the living room floor, said police Sgt. Charles Hernandez. Police said his physical appearance — small with tiny bone structure — didn’t match his age.

Police found no obvious signs of trauma. Hernandez said police were awaiting the results of an autopsy to shed light on the condition of the boy and the timeline of abuse. He said the treatment of the boy’s siblings is also under scrutiny.

The parents and the grandmother did not have lawyers at their initial appearance Tuesday in Flagstaff Justice Court.

The next court appearances were scheduled March 12. Anthony Martinez also is facing a charge of resisting arrest.

Can Summer School Help Kids After the Pandemic?

Nancy Mace Called Herself a ‘New Voice’ for the G.O.P. Then She Pivoted.

Why America Isn’t Getting the Jan. 6 Investigation It Needs