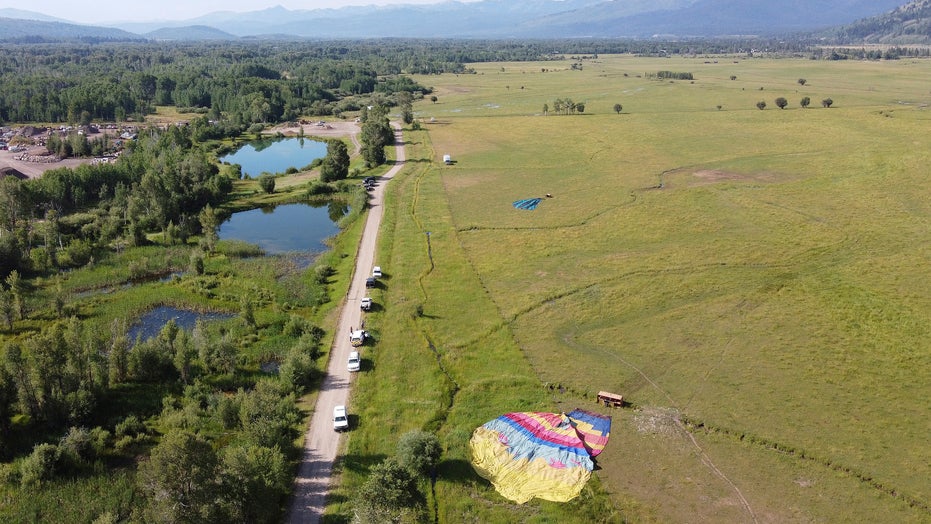 As many as 20 people were injured Monday morning after three hot air balloons lost control and crashed in a field at a popular Wyoming tourist destination, authorities said.

Passenger Clinton Phillips was in a balloon that was carrying about 20 people, including his wife and three children. He said passengers tried to fall prevent themselves from falling out after winds appeared to shift and described the crash as "terrifying."

“I couldn’t believe how beautiful everything was,” Phillips told the Jackson Hole Daily. "And then we were in hell a few minutes later. It was crazy." 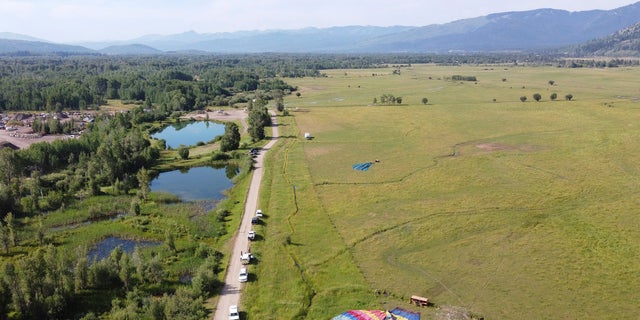 Two of three sightseeing balloons that crashed Monday, Aug. 3, 2020, are seen in an open area of Jackson Hole in western Wyoming. Between 16 and 20 people were hurt, officials said. (Brad Boner/Jackson Hole News&amp;Guide via AP)

“It was a pretty traumatic experience,” Phillips continued. He said his children suffered minor injures and he believes his wife's ribs may have been broken.

Another balloon that was carrying 12-year-old Robert Krayevski and his family reportedly skidded across a field before crashing into a fence.

“Our captain fell off while we were in it,” Krayevski told the paper. “We bounced and went back up in the air by ourselves. The captain was yelling to pull the red ropes. We tipped over, and we had to get out because of possible fire. I got out, and people were laying on the ground hurt.”

Police received an emergency call at 8:13 a.m. before rushing to the scene and finding all three balloons and passengers spread out with varying injuries, according to the Teton County Sheriff's Office.

The incident is under investigation by federal authorities to determine the exact cause of the crash, but weather was said to be a factor in causing the three balloons to go down near Jackson Hole. They did not collide with each other.