2020 PGA Championship: What to know about the event

2020 PGA Championship: What to know about the eventcloseVideo

The 2020 PGA Championship will be the first major tournament event of the PGA Tour season since the coronavirus pandemic forced the alteration of the schedule.

The event was originally scheduled to take place May 14-17 and be the second major of the season after the Masters. But the pandemic forced the postponement of nearly all events, pushing the PGA Championship back to August and the Masters to November.

Brooks Koepka enters as the two-time defending champion and will be looking for the elusive third consecutive title. Should he win the event, it will be the first time a golfer has won the tournament three straight times since Walter Hagen won the event four times in a row from 1924 to 1927.

The coronavirus pandemic has also forced the tournament, which is being held at TPC Harding Park in San Francisco, to be played without fans. Some golfers have decided to opt-out of the tournament.

Here are other things to know about the event. 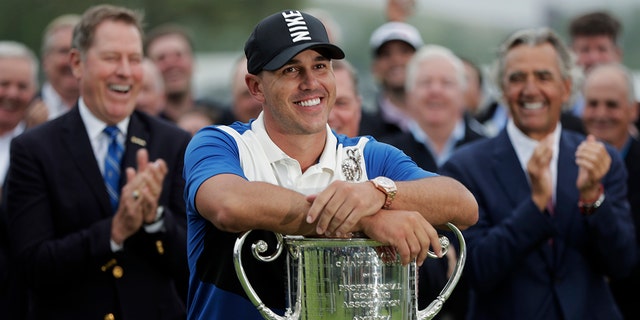 Brooks Koepka became the first golfer to win back-to-back PGA Championships since Tiger Woods did it in 2006 and 2007. At Bethpage Black, he shot 8-under par and held off Dustin Johnson by two strokes.

Koepka won his second major title in 2018. He held off Woods by two strokes finishing 16-under par at Bellerive Country Club in Missouri. 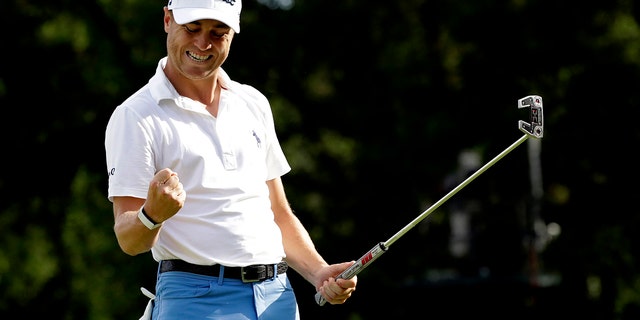 Justin Thomas celebrates after making a birdie on the 18th green during the final round at the BMW Championship golf tournament at Medinah Country Club, Sunday, Aug. 18, 2019, in Medinah, Ill. (AP Photo/Nam Y. Huh)

Jimmy Walker captured his only major tournament title in 2016 at the PGA Championship. Walker scored a 14-under par. He defeated Jason Day by one stroke.

Day won his first PGA Championship in 2015 at Whistling Straits in Wisconsin. He defeated Jordan Spieth by three strokes.