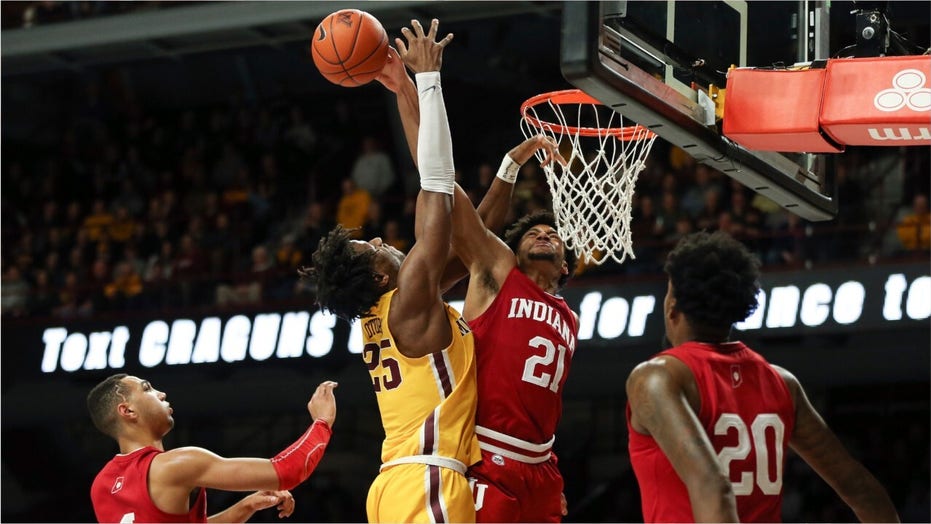 With the season narrowing down and the NCAA Men’s Basketball Tournament approaching, teams in the Big Ten Conference will battle it out for a chance to compete in the national basketball tournament in March.

The 2020 Big Ten Conference men’s basketball tournament will determine which team gets an automatic bid to the NCAA Men’s Basketball Tournament.

The tournament is set to begin March 11 and run through March 15, taking place at the Bankers Life Fieldhouse in Indianapolis.

Each of the conference’s 14 teams made the tournament.

Here’s the schedule for the Big Ten tournament.

No. 5 Iowa vs. First Round Winner

No. 6 Penn State vs. First Round Winner

No. 1 Wisconsin vs. Second Round Winner (Noon ET)

No. 4 Illinois vs. Second Round Winner

No. 3 Maryland vs. Second Round Winner

LUKA GARZA, IOWA: Luke Garza was named the Big Ten Player of the Year for the 2019-20 season and was a unanimous selection for the All-Big Ten First Team. He is averaging 23.9 points and 9.8 rebounds heading into the tournament.

CASSIUS WINSTON, MICHIGAN STATE: Cassius Winston is arguably worthy of the Player of the Year as well. For the Spartans, Winston averaged 18.6 points and 5.9 assists per game. He was also a unanimous All-Big Ten Conference selection.

ANTHONY COWAN JR., MARYLAND: Anthony Cowan Jr. was a top player for Maryland during the regular season. He averaged 16.3 points, 3.6 rebounds and 4.7 assists for the Terrapins.

JALEN SMITH, MARYLAND: Jalen Smith was another good player for Maryland during the regular season. The All-Big Ten member averaged 15.5 points and 10.5 rebounds per game.

Michigan State won the Big Ten in 2019. Cassius Winston led the Spartans to a 65-60 win over Michigan. Winston was named tournament MVP.

What is the European Union and who wants in? Everything you should know

Toms River East-Massapequa to meet with LLWS berth on line

Kevin Durant wants to play for Celtics or 76ers: report