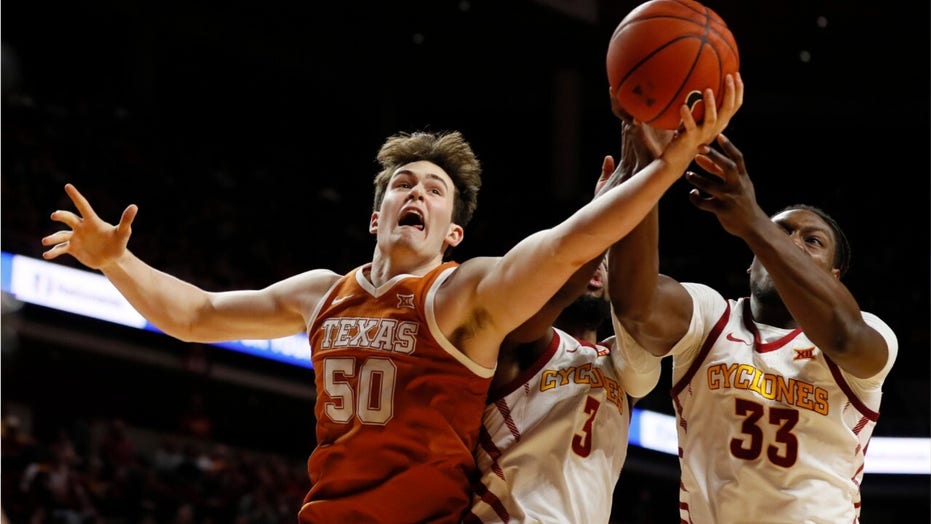 The Big 12 Conference holds an annual tournament that sends the winning team to the NCAA Men’s Basketball Tournament. Watch to find out who the past champions were.

The 2020 Big 12 Conference men’s basketball tournament will determine which team gets an automatic bid to the NCAA Men’s Basketball Tournament.

The tournament is set to begin March 11 and run through March 14, taking place at the Sprint Center in Kansas City, Mo.

Here is the schedule for the Big 12 tournament.

UDOKA AZUBUIKE, KANSAS: Udoka Azubuike, of Kansas, was one of the best players in the nation let alone the Big 12. He is averaging 13.7 points and 10.5 rebounds per game this season. He was named the Big 12 Player of the Year.

DEVON DOTSON, KANSAS: Devon Dotson was also a prime player for the Jayhawks during the regular season. He is averaging 18.1 points, 4.1 rebounds and 4 assists per game heading into the conference tournament.

JARED BUTLER, BAYLOR: Jared Butler was named to the All-Big 12 First Team for his performance this year. Butler is averaging 16 points and 3.2 rebounds per game.

KRISTIAN DOOLITTLE, OKLAHOMA: Kristian Doolittle and the Sooners are among the top teams in the NCAA. Doolittle is averaging 15.8 points and 8.9 rebounds per game this season.

DESMOND BANE, TCU: Desmond Bane earned First-Team All-Big 12 honors this season. He is averaging 16.6 points and 6.3 rebounds per game for the Horned Frogs.