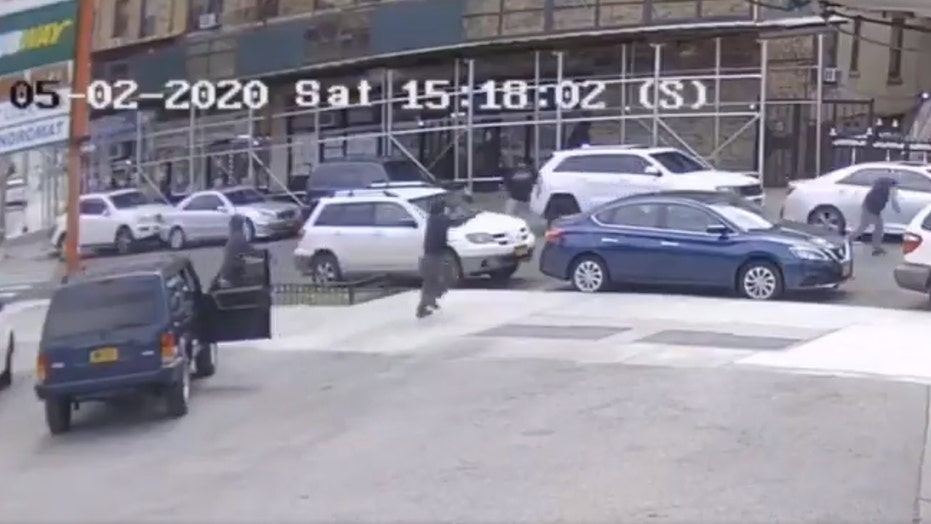 New York City detectives say two Hells Angels have been charged with murder in the death of the leader of another motorcycle gang.

The murder of 51-year-old Frank Rosado of the Pagan Motorcycle Club took place in the Bronx in broad daylight on May 2.

Surveillance video released by NYPD Chief of Detectives Rodney Harrison shows two masked gunmen emerging from an SUV and pointing guns at Rosado as they chased him down the street.

An NYPD spokesman said Sunday that Rosado died of gunshot wounds to the neck, head and shoulder.

The two Hells Angels charged in the murder were Frank Tatulli, 58, of the Bronx, and Sayanon Thongthawath, 29, of Queens, police said.

A third man Anthony Destefano, 27, was also charged with taking part in the hit. 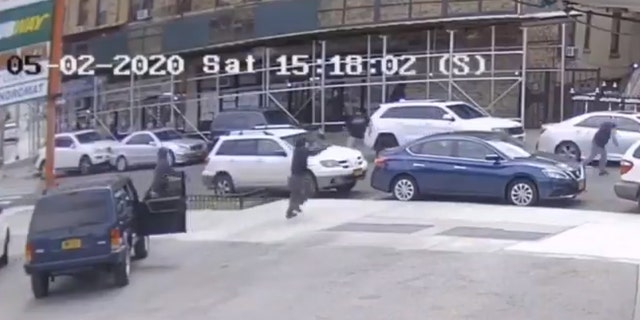 Officials said the murder was retribution for the Pagans shooting up a Bronx building that the Hells Angels moved to last year after selling their old Manhattan site for $8 million, The New York Times reported.

“The Hells Angels moved from Manhattan to the Bronx,” Lt. William S. O’Toole told the paper. “So the Pagans want to show them, ‘We’re the Bronx Pagans. We’re the motorcycle club.’”

Texas man said to be armed is shot, killed after approaching driver at Austin protest: witnesses

Texas man said to be armed is shot, killed after approaching driver at Austin protest: witnesses