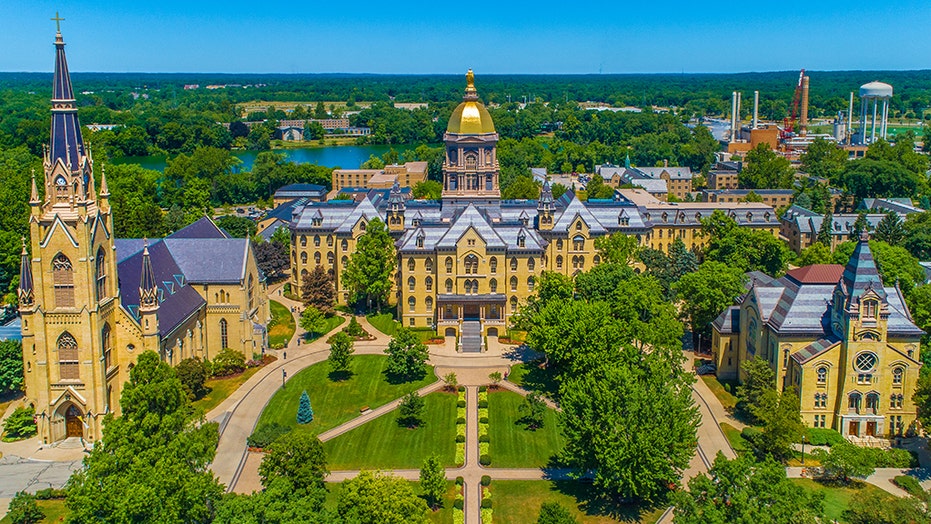 Two University of Notre Dame students were killed and one was injured after they were struck by a vehicle early Saturday near the school's campus in Indiana, according to officials.

The university said in a news release the deadly incident happened around 4 a.m. at the intersection of Ironwood Road and Bulla Road in South Bend, about a mile east of the campus.

“On behalf of the entire Notre Dame community, I express our deepest condolences and pray that our students’ families and friends may find God’s grace and solace after so shattering a loss,” Jenkins said.

A sophomore was hospitalized, he added in the news release.

“We also pray for a full recovery of our student who remains hospitalized as a result of the accident," Jenkins said.

The intersection where the students were struck does not have sidewalks and the Stadium Club Apartments — home to several Notre Dame upperclassmen and graduate students — is located nearby, the South Bend Tribune reported.

After striking the students, police said the Toyota Sienna minivan involved in the crash ended up crashing into a nearby house. The owner of that house who wished to not be identified told the Tribune the minivan crashed into his bedroom wall. 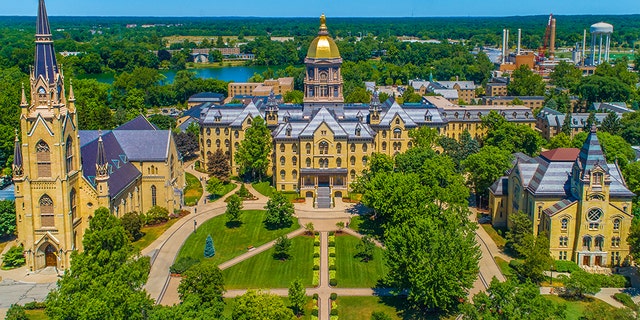 Two University of Notre Dame students were killed and one was injured after they were struck by a vehicle early Saturday near the school's campus in Indiana, according to officials. (iStock)

“I heard the boom, felt the house shake, and heard stuff fall off the wall,” he said.

The school said that counseling and campus ministry support at Notre Dame is available for classmates and others affected by the tragedy.

The campus gathered for a prayer service Saturday night in front of Bond Hall.

"Please wear a mask and practice physical distancing as we pray for Valeria, Olivia, their families, and all who loved them," the school tweeted.

Over Democratic Fury, Republicans Push Barrett to Brink of Confirmation

Over Democratic Fury, Republicans Push Barrett to Brink of Confirmation